skip to main | skip to sidebar

Ok, so many folks are askin the names of these lil girls. We decided to share them this time around. So far, Unless we run across another name we can't resist, Baby A will be named: Kaylee Mae, and Baby B will be named: Kaya Hensley :-)

Also, last monday, April 22nd, Michael, Nana and I went to see our girls in a 3D ultrasound. Something we also went to do with Brooklyn and Levi. It's just so cool to see their lil faces before they r born.
They r laying face to butt, so poor Kaylee gets kicked in the face all day by Kaya. I'm wondering if by the time they are born, they will have to lay like that in order to fall asleep!
Kaylee's face/ Kaya's foot..poor Kaylee... 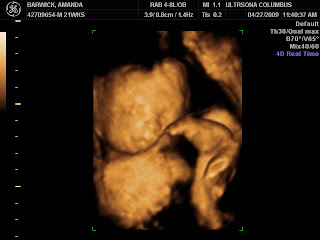 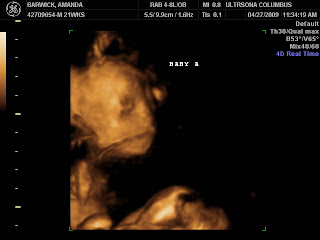 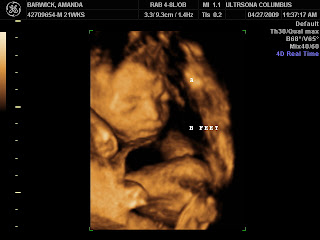 Kaya's face next to Kaylee's butt... 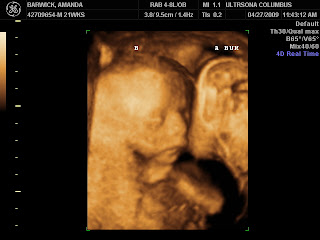 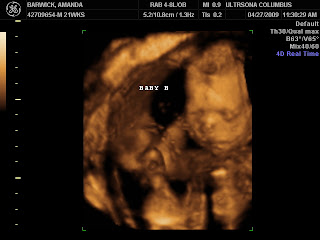 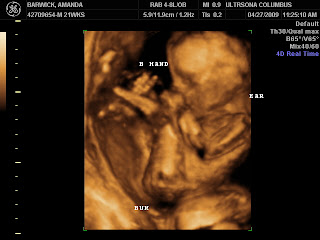 there aren't many great pix of Kaylee because she was hiding her face to protect from the kicks :-)
Still no news about Kaylee's brain thing, but she's moving around a lot so I'm hoping that's a good sign. Hopefully we will find out some good news on May 15th...shrink cyst, shrink! :-)
Posted by Amanda at 9:13 PM 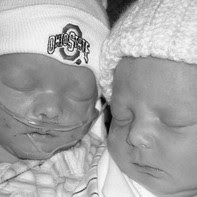